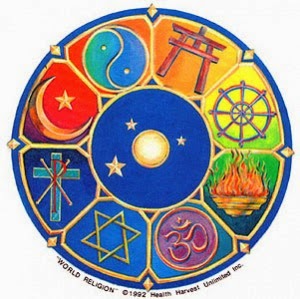 DESCRIPTION AND COMPOSITION
Spiritual form.
Comes in old scriptures, aged hundreds or thousands of years, copied and transmitted in numerous new editions and sizes, or as verbal tradition transmitted through generations, or even as secret tradition.
Composed of texts, stories, myths, saints, messengers, prophets.

INDICATIONS
Religion is indicated for humans in general as an insecure race, self-centered, in need of a higher power to protect, save, help and support.
Also indicated for humans when faced with difficult situations with no answers.
It may be prescribed for humans in need of a potential “responsible” for their acts, condition, behavior, fear…
Religion is ideal for suffering populations. It has already been prescribed to different societies according to their needs throughout history, and gave assurance, inner peace and empathy.
Religion is recommended for suffering individuals, lost souls, humans looking for answers in general. It can sooth souls, calm tensions, bring love and peace.

DOSAGE AND ADMINISTRATION
Religion may be taken at any age (after puberty), any place, at any time of the day.

WARNINGS AND PRECAUTIONS
Religion® is a VERTICAL relationship between you and your God. It is not Horizontal. He did not make you his spokesperson on earth (if you have this feeling please read contraindications above)
All details related to different traditions, regions, eras, clothing habits, eating habits, praying habits, faith habits, or any difference from what your own Religion tells you, are and will remain there.Religion® is designed to answer different needs.
It is normal to live with other species and beliefs. We call it diversity.
Remember, if you were meant to be all the same, Religion® would have been just one. So relax, enjoy your religion, accept non-religious, accept other religions and live happily.
Remember, Religion® is a soul medicine for many humans. And like any medical product, if not taken properly could have dangerous effects.
Posted by Tanya Awad Ghorra at 10:44 PM