What do you mean by: "For better and for worst"? 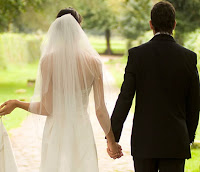 What do you mean by worst?
What is the worst you can imagine?
Is your worst a bearable one?
What do you mean for better and for worst?
For better is easy to understand. We all want to believe in "happily ever after".
But what are the limits of worst?
And why don't you give a better explanation? A list, or something.
Worst is a dangerous word. A word carrying nightmares hidden in soft letters.
What is the worst thing for you? What is YOUR limit of endurance?
Because it might be different from mine.
When you say those words, people barely hear you. They're busy making sure their look is great, their friends are having a blast.
But, really, do you have any idea of what you're saying? what you're telling them?
You're telling them to bear the unbearable, if it comes...
Till death do them apart!!!!
You're deliberately putting people behind bars! (golden ones). 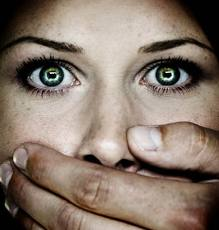 You're telling them to never think back again. Even if heaven turns into nightmare. You're telling them to hold on when everything is collapsing.
You're telling them to be saints. To leave their humanity. To be your image.
Have you ever experienced "worst"? I mean the real "worst", not difficulties. Have you lived a daily nightmare? Have you the slightest idea about what goes on in couples' nightmares? Really. Have you?
Have you opened a door and saw suffering souls behind?
Do you know that worst wars are happening behind those doors?
You're just saying a mechanical sentence, without even thinking. You're just forcing others to hold time, change, age, experience, memories, hurt, wounds... frozen.
Do you really think it works?
Look around. Open doors...you'll see what your words have done to simple minded souls.
Have a look, and you just might not sleep again.
Posted by Tanya Awad Ghorra at 2:38 PM 5 comments

I’m not the sick one! You are!
I have no schizophrenia, you do!
I’m on the right side, you’re on the other one!
I will be in heaven watching you burn in hell!
If you have a democracy, I have created the demo-ligion, a fine blend of democracy and religion (as I see it), where I choose what suits me when needed.
In my Demoligion, everything is special. 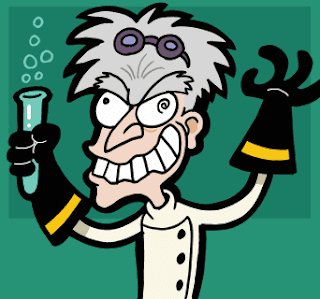 I vote again and again for the same people. I know my vote “makes a difference”, but I choose to keep things as they are. It’s more fun to have topics for nagging all year long.

Every time I go inside those walls and those metallic gates, I come out with a heavy heart and head, with shame and disgust of what ever happened to our humanity.
Yesterday, we did it again. We went visiting the death row inmates in Roumieh prison...
It was cold and rainy outside.
But we were offered toothless smiles and a warm coffee.

The scene of the man dragged by the blue Camaro (chapter four), was so strong that my conscience pushed it away to my subconscious for a long time before it emerged. It was a horrible moment, but I did not fully understand the enormity of the act, and didn't live fear. Not yet.

My first real encounter with fear was going to take place very far. It was going to be strange. I was about to discover two kinds of fear: fear of space and fear of human beasts.

After Down Town war, battles spread in other regions. Down town became a ghosts place. Snipers moved and chose other front lines. Shops were history here. Doors wide open, gutted, blinds swollen with holes... But a new population and a new kind of street vendors settled on the sideways of this ghosts city. A new kind of clients emerged too. 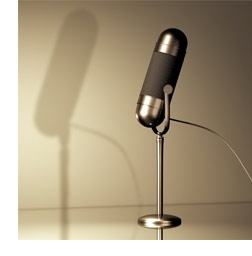 -Be sarcastic.
-Be arrogant.
-Be pessimistic.
-Be skeptical.
-Be pretentious.
-Be the star.
-Always bring the attention to you.
-Always interrupt your guest.
-Don’t listen to your guests’ message: they might influence your prejudice.
-Keep this word in mind: liars.
-Think of your next question when they are still giving you answers on the current one, you don’t need to know what they are saying.
-Pretend you’re interested, and right afterwards ask a very silly question: it destabilizes both guest and audience.
-Throw a joke when least needed.

Chapter Four
I used to love Sundays. We used to go out, twice a month to Harissa, through cable car, have lunch in its restaurant, overlooking the breathtaking Jounieh bay, and the two remaining Sundays were divided between flower picking during spring and barbecuing during winter. Summer meant beach to us. I can pretend to be born in the water! Seashore was few hundreds meters away from home.
I have used dozens of paint tubes on pebble drawing. I had bags of shells.
At the time, only two or three resorts were built on the shore, the rest was called "Saint Balech", or "Free Saint", referring to saints names given to resorts and centers. Saint Balech was for everybody.
Beautiful scenery, feet in the salty water, I would look up and see Harissa on the mountain, so far, and yet so close, or, head in the clouds, look down from Harissa and see my bay, so close and yet so far!
We didn't have a car, and didn't need one actually. Everything was a walk away: my school two and a half minutes walk, the main square 3 minutes, the only supermarket, 5 minutes, the sea, 7 minutes... This was our world. We couldn't go further. Further meant danger.
I counted all the slabs of the sidewalk for years. These sidewalks were a part of my daily life. Of my story. But not all stories are nice memories...